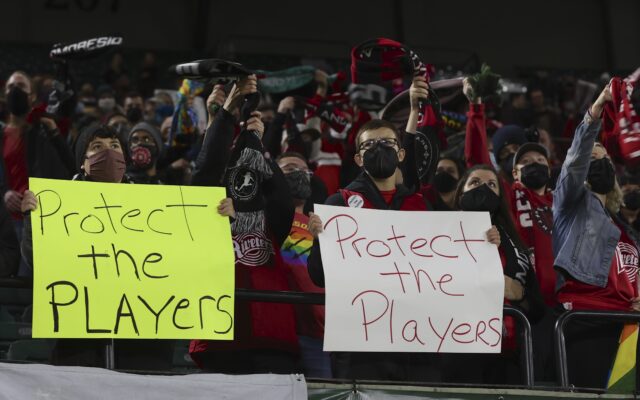 FILE - Portland Thorns fans hold signs during the first half of the team's NWSL soccer match against the Houston Dash in Portland, Ore., Wednesday, Oct. 6, 2021. An independent investigation into the scandals that erupted in the National Women's Soccer League last season found emotional abuse and sexual misconduct were systemic in the sport, impacting multiple teams, coaches and players, according to a report released Monday, Oct. 3, 2022. (AP Photo/Steve Dipaola, File)

The clubs also announced that general council Heath Davis has been named interim president of Peregrine Sports and will handle business operations.

The news comes a day after club owner Merritt Paulson removed himself from a decision-making role until the findings are released from an ongoing investigation into numerous scandals around the league.