In Brief: Surprise! Unlike its live action cousins, The Lion King works!

The Lion King is going to make millions at the box office this weekend. Disney could have run no trailers and done almost zero promotion and it would still — and very easily — own this weekend’s box office.

Those tracking such things say it should rake in somewhere around $150 million. The total take by the time The Lion King finally leaves theaters is expected to run between $400 and $450 million.

Then comes the DVD sales and online purchases. So the film is going to be a huge profit center for Disney. I suspect that’s the reason the company is remaking its classic animated films and turning them into live action movies. The money to be made is irresistible.

Most of you already know the story.  The 1994 original is one of Disney’s best-ever animated movies. The wonderful story and the incredible animation gave us sequences and effects unlike anything ever seen in the genre. It literally rewrote the animation effects book.

The 3D re-release in 2011 was equally stunning.

As regular readers know, I am not a fan of the Disney reworks. Outside of The Beauty and the Beast, they just have not worked. Most — like this Spring’s Aladdin and Dumbo — are paint-by-numbers efforts that have no personality and add unnecessary minutes that drag the story out.

I credit that to producer, director and actor ego and not understanding — like most animators do — that less is more.

That takes us full circle to the much touted reworking of The Lion King. It is directed by Jon Favreau. As many of you know, Favreau is most famous for directing Iron Man, Iron Man 2 and Elf and for starring as Happy Hogan in the Avengers movies and the recent Spider-Man.

I love him as an actor and love him as a director. My favorite Favreau directed film is Chef. He also starred in the story about a guy trying to rediscover his passion for cooking. Favreau — as we saw in Chef, Elf and the Iron Man movies — has a unique ability to give multiple dimensions to his characters and their stories.

There is — unfortunately — a Yin to Favreau’s Yang. As I’m beaming over the aforementioned work, I’m also reminded that he did the really awful live version of The Jungle Book and is now doing its undeserved sequel. That led me to go into The Lion King with low expectations.

To his credit, and to my surprise, Favreau does a very good job with this project. His stunning live action sequences and shots from some absolutely gorgeous scenery interchanged with terrific animation and CGI literally transports you from theater seat to the plains and jungles of Africa. In places he uses real animals in various settings and at other times its CGI.

Most of it works.

Favreau also uses Hans Zimmer’s original rich, dirt-deep score — and had him do it — and the Elton John/Tim Rice songs from the original film. From the wonderful Circle of Life to Hakuna Matata they’re as good here as in the the 1994 classic.

You will also love the voice work of an excellent cast. James Earl Jones reprises his role as Simba’s kingly dad Mufasa who is the wise ruler of all he sees. Chiwetel Ejiofor does Scar and sounds almost exactly like Jeremy Irons who played the character in 1994.

He also proves to be an equally good villain.

Simba is voiced by Donald Glover (Solo: A Star Wars Movie) and Seth Rogen and Billy Eicher do Simba’s best buds, the Warthog Pumbaa and the Meercat Timon. They add humor to an otherwise pretty heavy — and very adult — movie.

Lots of positives but like Tim Burton, Guy Ritchie and other directors who’ve redone the live action classics, Favreau’s film has flaws. The original film is just under 90-minutes but like the rest of Disney’s live action fleet, he puts in an 30 extra minutes of footage. While additional shots are sometimes incredible, this isn’t a travel video. It’s a major motion picture and that extra time pads the movie and slows things down.

The Lion King also gets a PG rating which takes me back to my adult movie comment. There are places in the movie where it’s quite violent. Most fairly mature kids will be able to handle it but the more sensitive children may be a bit frightened by the chaotic climax.

I caught this at an IMAX in 3D. I recommend the 3D version if you can afford it. It is slightly short of stunning. Favreau’s CGI and three-dimension wizards will blow your mind. It is the visuals — and not the dragged out story — that gets The Lion King crowned as Disney’s second best live action effort.

The Beauty and the Beast still reigns as the best of the bunch.

A beautifully done remake of a Disney classic. It’s a little heavy and a bit violent for a PG rating, but who am I to complain? It’s a bit dragged out and cost it a point. Friday Flicks with Gary gives this one a 4 out of 5 on the 0 to 5 scale. 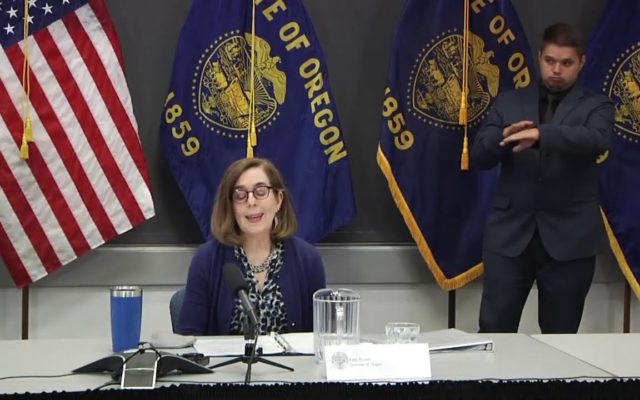 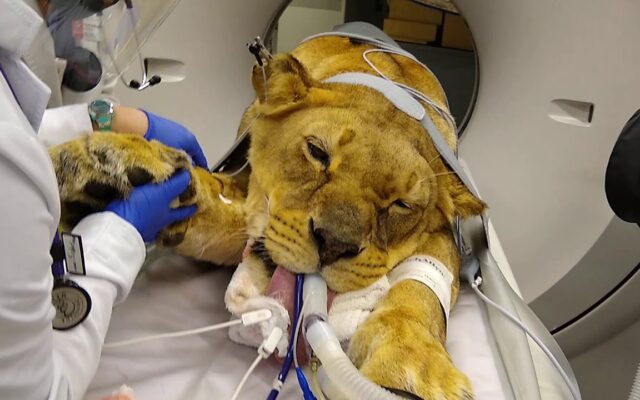 Watch: Lioness From "Tiger King" Gets Life-Saving Surgery From OSU Vet Hospital; Infection Can Also Be Common In Dogs And Cats