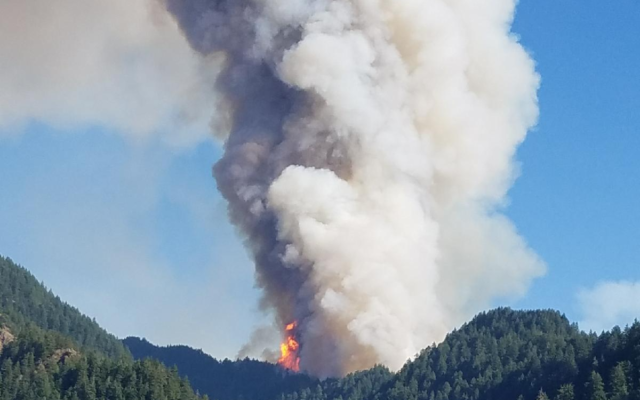 The 15-year-old boy responsible for throwing fireworks in a canyon that started the fire was sentenced to 5 years probation, nearly $37 million in restitution and 1,920 hours of community service.  Part of the community service was to be spent replanting trees in the forest.  He was also ordered by the court to write 150 apology letters.

After 10 years, if restitution payments have been on time and a person commits no other crimes, payments may end.  It is very unusual for restitution to be collected by counties throughout Oregon.  In 2013, criminals owed victims $425 million dollars.  None of it was ever paid back.  There is doubt that figure has gone down through the years.