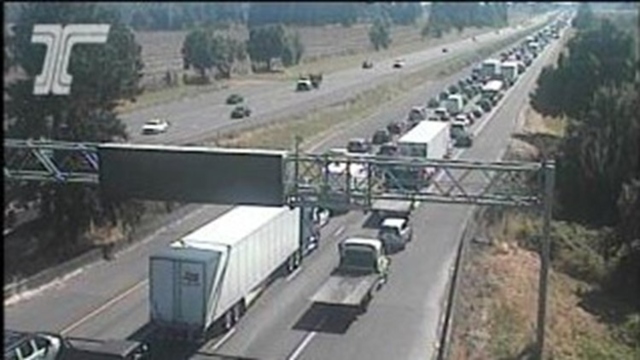 AURORA, Ore. — Two vehicles collided on Interstate 5 southbound near milepost 277 on Monday afternoon, taking the life of a driver and injuring a passenger.

Oregon State Police say 18-year-old Jacob Hernandez-Arellano of Salem died after his vehicle was hit by a semi truck and trailer while changing lanes around 2:40pm.

A juvenile in the vehicle was taken to the hospital and is expected to survive.  The driver of the semi was not injured.

The freeway was closed until around 6:00pm.