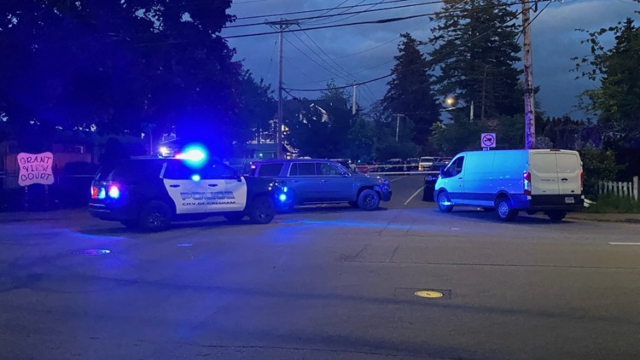 GRESHAM, Ore. — A man who was shot several times near Southeast 190th and Yamhill two weeks ago has died.

The death of 55-year-old Leonard Madden has been ruled a homicide.

Madden was transported to a trauma hospital in Portland where he died on the night of May 18th.

A 16-year-old boy was arrested on Tuesday morning after making a threat to bring a gun to Centennial High School.  Police followed him in a car and pulled him over in the parking lot of David Douglas High School.  A gun was found inside the vehicle.  The teen is charged with Murder in the Second Degree, Unlawful Possession of a Firearm, and Unlawful Use of a Weapon.

The threat to Centennial turned out not to be credible.

“We empathize with the trauma our community is experiencing because of continued gun violence.  The Gresham Police Department is committed to tirelessly working on this issue and addressing the root causes.  We are thankful for our strong community partnerships with other law enforcement agencies and social resources as we strive to put an end to the violence,” said Gresham Police Chief Travis Gullberg.