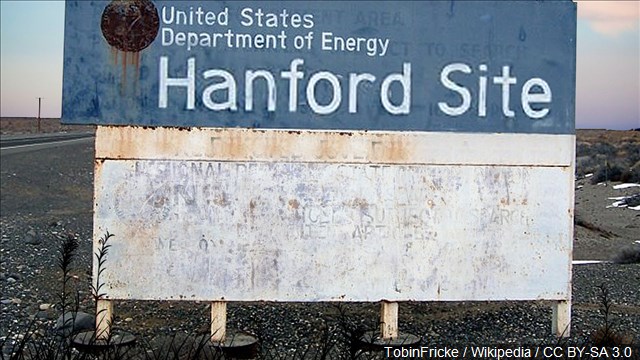 The U.S. Department of Energy said Thursday that Tank B-109 holds 123,000 gallons of radioactive waste left from the production of plutonium for nuclear weapons on the Hanford Nuclear Reservation.

The giant tank was constructed during the Manhattan Project and received waste from Hanford operations between 1946 to 1976.

The Washington state Department of Ecology and the U.S. Environmental Protection Agency were notified.

The Energy Department says the small leak produces no increased health or safety risk to the Hanford workforce or the public.