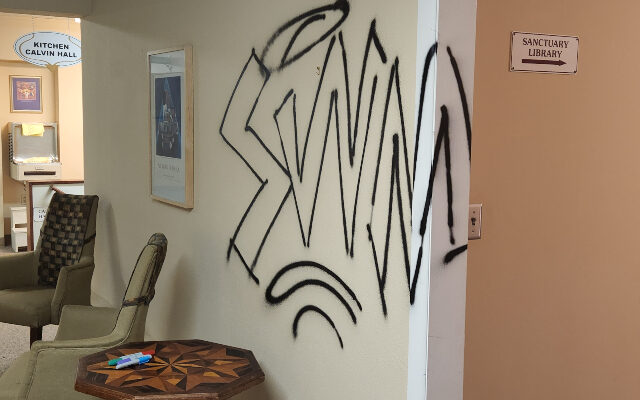 PORTLAND, Ore. — St. Andrew’s Presbyterian Church is cleaning up after vandals broke in and caused damage to the building.

Members of the congregation found the damage as they showed up for worship service this past Sunday.

Somebody broke into the church on Southwest Sunset Blvd. near Dosch Road, busted a stained glass window and spray-painted vulgar messages of profanities and anti-religious sentiments inside and outside the church including the sanctuary and daycare. 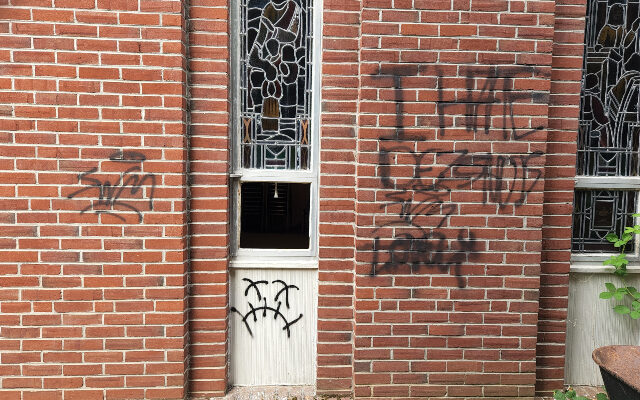 Coffee mugs imprinted with the names of congregants were smashed on the floor.  Drawers and cabinets had been rifled through.

“Despite the damage and dismay, the service went ahead, undeterred, and the congregation prayed for whoever had committed these acts,” said church officials.

Insurance will likely cover some of the costs of repairs.

“We have a deductible, and some of the costs will be out of pocket.  Further, we just finished replacing the roof and are in the process of modernizing our heating system, plus we have the solar panels and nature-scaping coming up, so this comes as an additional cost at an inconvenient time,” said Pastor Sarah Sanderson-Doughty.

St. Andrew’s believes this was not an isolated incident.  They point to a number of churches, synagogues and other religiously-affiliated buildings that have been vandalized in Portland this year.

The church invites all to a candlelight vigil of healing and forgiveness on Saturday, September 10th at 8:00pm in the church courtyard.

Those who would like to make a donation can do so here.