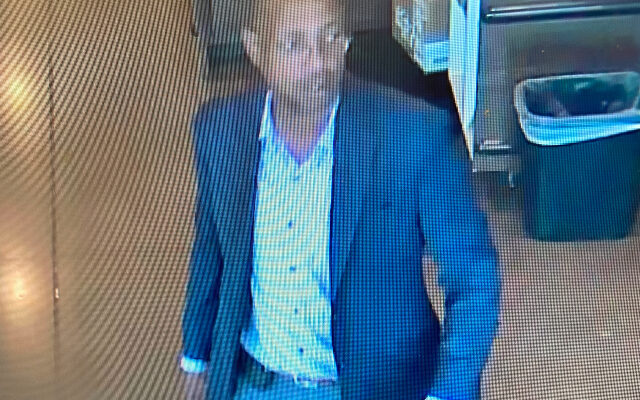 TUALATIN, Ore. — A man is wanted for assaulting a restaurant employee after they didn’t meet his demands.

He claimed that his to-go order from Red Robin on Southwest Nyberg Street was incorrect on Wednesday afternoon.  He was demanding a gift card.

The suspect reportedly sprayed an employee with pepper spray in her face and spit on her.

Police found out that the he had stolen the pepper spray from a business and succeeded with similar scams at two other businesses in the area the same day.

The man got away.  He’s described as black, in his 40’s and was wearing a blue sport jacket and slacks.