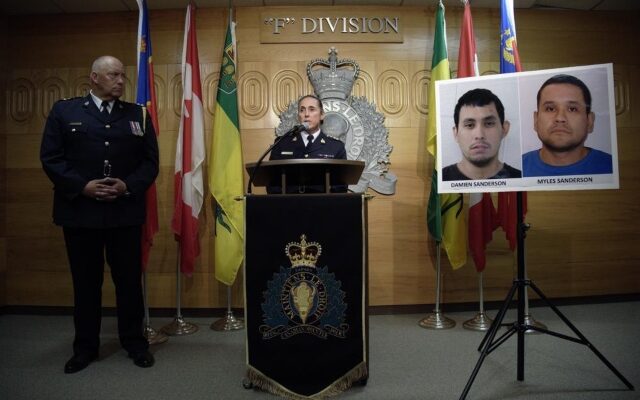 JAMES SMITH CREE NATION, Saskatchewan (AP) – The Royal Canadian Mounted Police say the second suspect in the stabbing deaths of 10 people in the province of Saskatchewan has been located and is in police custody.

Myles Sanderson was located near the town of Rosthern in Saskatchewan at about 3:30 p.m. local time, an RCMP statement said.

Police had earlier issued an alert warning of a man with knife driving a stolen White Chevy Suburban.

The manhunt for the two brothers had entered its third day.