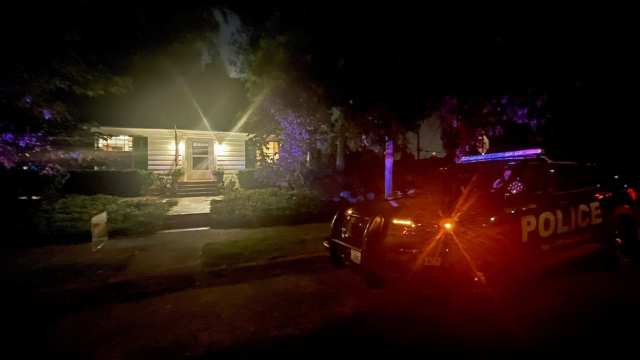 VANCOUVER, Wash. — Vancouver Mayor Anne McEnerny-Ogle says an arson at her home Monday night is likely connected to a burglary that happened Sunday while she was out of town.

She tells KXL the person who broke in “did a lot of weird stuff” along with taking things and going through the entire house.

She was at a City Council meeting when her husband Terry Ogle, while cleaning up after the break in, confronted a man who was setting fire to the family’s garage on F Street and East 35th.

Police set-up a perimeter and used a K-9 officer to search for the suspect, but the person got away.

Aiden Murray was arrested early Wednesday morning and charged with Burglary II, Theft III, Malicious Mischief II and Arson I.  Police responded to a business on Harney Street near West 8th Street and found Murray inside after getting a report of a burglary seen on a security camera.