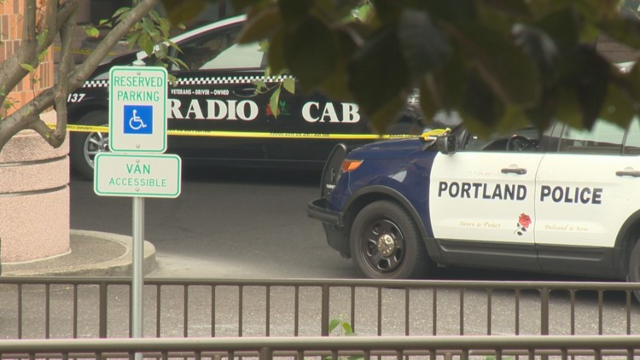 PORTLAND, Ore. — A Radio Cab driver was shot while driving on Interstate 205 southbound prior to the Glisan Street exit around 9:00am on Thursday morning.

One of the bullets went through the driver’s seat and hit the driver in the back.  He was able to drive himself about 50 blocks to Providence Hospital and was transferred to Legacy Emanuel Medical Center for surgery.  He remains hospitalized.

The driver was able to get the shooter’s license plate number and vehicle information.  It was found near Southeast 77th and Foster Road, but there was nobody inside.  Police set-up a containment zone in the area and arrested a man about an hour after the shooting.

47-year-old Bradley Stanwood was taken to jail and charged with Attempted Murder in the Second Degree, Assault in the First Degree and Unlawful Use of a Weapon.

“These idiots need to quit pulling guns on people that aren’t doing anything wrong,” said the victim’s wife, who also works for Radio Cab as a dispatcher.  “This is stupid, Portland needs to get a hold on this.”

The company shared dash cam video from the taxi with police.

More than 275 people have been wounded in shootings in the city this year with at least 53 fatal shootings.