Suspect Believed To Be Armed Shot By Police In SE Portland 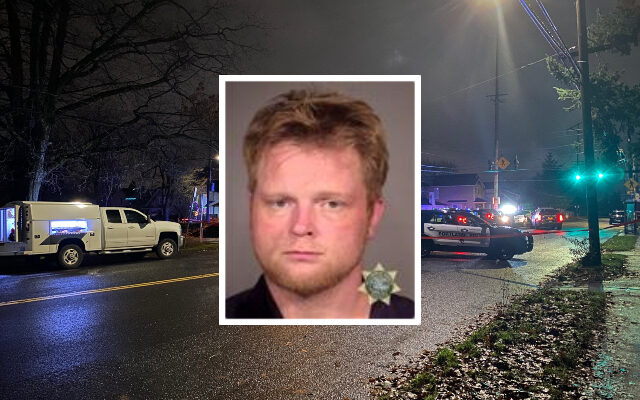 PORTLAND, Ore. — Police shot a suspect involved in a traffic stop who was reportedly armed and barricaded himself inside a vehicle in the Lents neighborhood of Southeast Portland on Saturday night.

Officers attempted to pull over the suspect at Southeast 92nd and Schiller, but the driver wouldn’t stop.  An intervention technique caused the vehicle to crash at Southeast 88th and Holgate.  Shots were fired at that point.

Negotiators tried to get the suspect to surrender.  Several hours later, 39-year-old Joshua Degerness was arrested and taken to the hospital.  After being treated, he was arrested for attempted murder, attempted assault, unlawful use of a weapon, felon in possession of a firearm, and attempt to elude.

The officers involved have been identified as Sergeant Norman Staples, an 18-year veteran of the Portland Police Bureau, and Officer Kenneth Jackson, a 6-year veteran assigned to the Specialized Resources Division.  Both are on administrative leave, which is standard process while an investigation is completed.

The Portland Police Bureau will conduct an internal review of the use of force before the case goes before the Police Review Board.