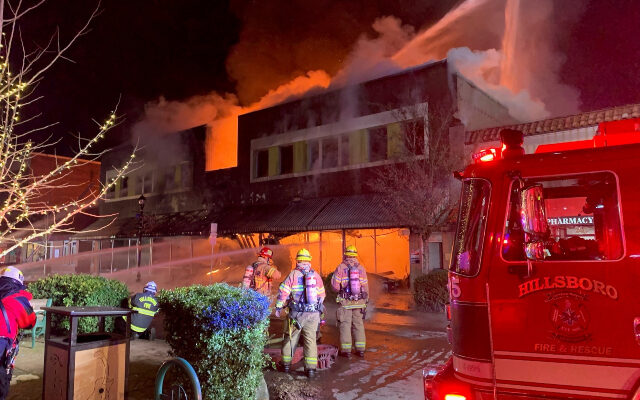 HILLSBORO, Ore. — The suspect charged with setting a fire that destroyed or damaged more than a dozen businesses in downtown Hillsboro last month is now charged with murder after the body of a man was found inside the charred debris.

The first started at the Weil Arcade building at 2nd and Main Street early on the morning of January 2nd.

The body of 40-year-old Ronald Knapp was recovered last week after getting a tip.  Authorities say he died from smoke inhalation.  Detectives say it’s not believed that he’s associated with the businesses or the location.

A Washington County Grand Jury indicted 34-year-old Roel Leon on charges of murder and arson.  He’s accused of setting two cars on fire the same morning and burglarizing another business one month prior.