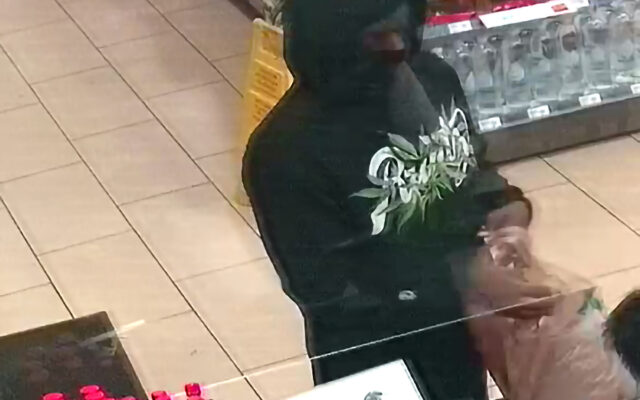 In this image from video from a 7-Eleven store in Upland, Calif. released by the Upland Police Department is a person that police are attempting to identify in connection with two people who were killed and three who were wounded in shootings at four 7-Eleven locations in Southern California, Monday, July 11, 2022. (Upland Police Department via AP)

LOS ANGELES (AP) – Authorities say two suspects have been arrested in a series of deadly robberies at Southern California 7-Eleven convenience stores where two people were killed and three wounded.

It was not immediately clear who the second person arrested was.

The Orange County District Attorney’s Office announced the arrests on social media. A

press conference is scheduled for 5 p.m.

No other details were immediately available.

The attacks took place on July 11 – or 7/11, the day when the company celebrates its anniversary.