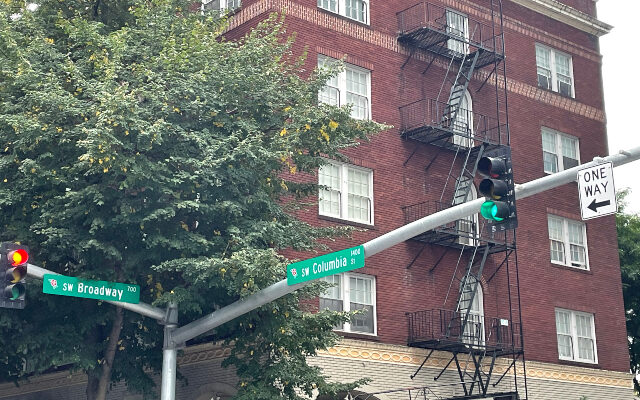 Somebody called 911 around 3:45 saying a woman was burning material outside the door of their apartment in a five-story building at Southwest Broadway near Columbia.  They reported she had done the same thing earlier.

Residents evacuated as smoke filled an apartment and the woman threw things out a window on the third floor.

Officers with the Enhanced Crisis Intervention Team attempted to communicate with the woman, but she was not responsive.  Police busted down the door and took her into custody.  She was transported to a hospital for a mental health evaluation with police standing by to arrest her.

Firefighters were able to get inside and put out the fire.  Investigators are awaiting the results of the evaluation before considering charges of arson.