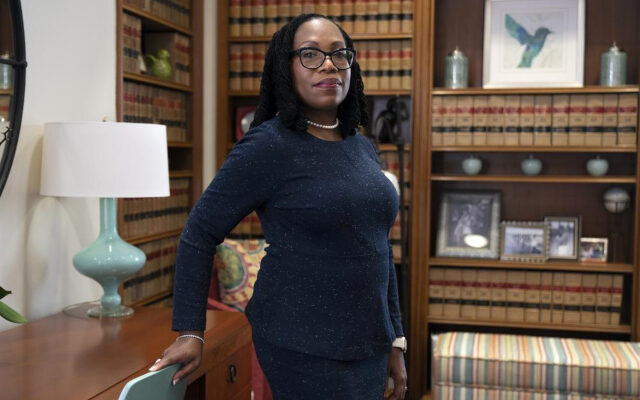 Judge Ketanji Brown Jackson, a U.S. Circuit Judge on the U.S. Court of Appeals for the District of Columbia Circuit, poses for a portrait, Friday, Feb., 18, 2022, in her office at the court in Washington. (AP Photo/Jacquelyn Martin)

It was a short dissent Monday in support of a death row inmate from Ohio.

Jackson wrote that she would have thrown out lower court rulings in the case of inmate Davel Chinn, whose lawyers argued that the state suppressed evidence that might have altered the outcome of his trial.

Jackson, in a two-page opinion, wrote that she would have ordered a new look at Chinn’s case “because his life is on the line and given the substantial likelihood that the suppressed records would have changed the outcome at trial.”

Justice Sonia Sotomayor was the only other member of the court to join Jackson’s opinion.