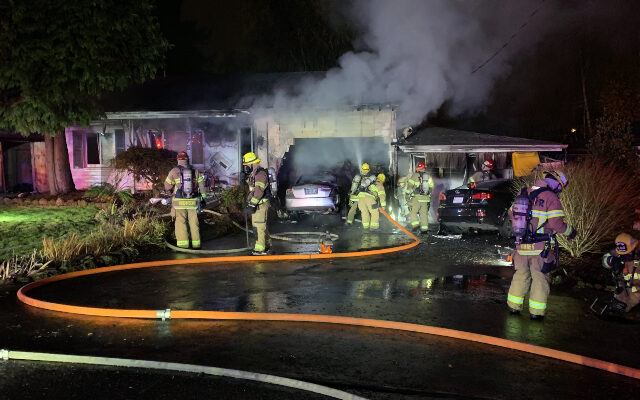 ALOHA, Ore. — A man and woman are facing several charges after crashing into a home while street racing in an Aloha neighborhood early Monday morning.  The impact started the house at Southwest 167th and Division on fire.

The quick actions of first responders are credited with saving the lives of the residents.  Luckily, nobody inside the home was injured, but a cat died and dog was taken to an animal hospital for treatment.

Investigators say 23-year-old Andrez Velasquez and a 21-year-old female were speeding through the residential neighborhood when they wrecked around 1:15am.  One of the vehicles crashed into the front of the home.  The other landed in the garage, hitting an SUV that was parked inside.

Both drivers and a passenger were injured.  The drivers are facing several charges including DUII, reckless driving, criminal mischief and reckless endangering.