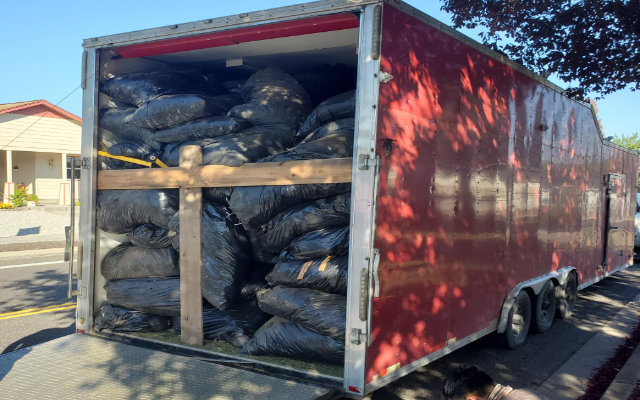 When 30-year-old Manuel Rodriguez Plascencia from California was pulled over on State Route 62 in Eagle Point, troopers say they found about 350 garbage bags full of dried, processed marijuana in his trailer.

The total weight was almost 9000 pounds.

Rodriguez Plascencia was cited and released.