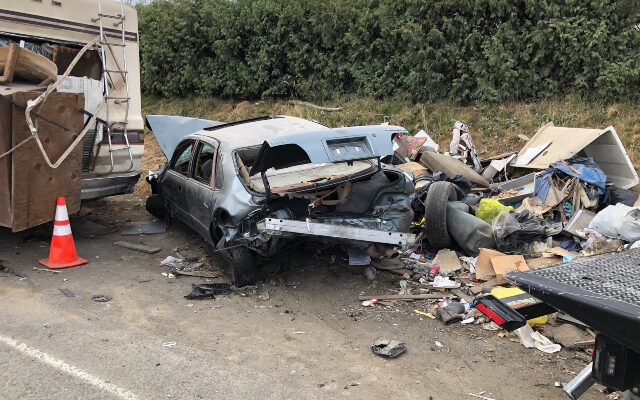 PORTLAND, Ore. — Stolen vehicles, many that have been stripped beyond recognition, have been seized in the Delta Park area of North Portland.

Officers from North Precinct have been reassigned to help with clean-up efforts.  In 24 hours last week, they recovered four stolen vehicles. At least three more were found on Monday.

July had the highest number of stolen vehicle reports in the city over the past year with 740.  The week of August 15th saw the most in more than two years.  Portland Police have taken more than 7,700 reports since July 2020.  90% of the vehicles have been recovered, but not always in the same condition.

The stolen vehicles are being stripped for parts and are missing batteries, catalytic converters and more. These crimes impact the livability of our community, the environment, and the victims’ ability to get where they need to go. pic.twitter.com/GFUcFnsTw0

The neighborhood victimized the most is Hazelwood; the least is St. Johns.  The top two makes being stolen in the city are Honda and Ford.  Thieves are the most active between 6pm-midnight.