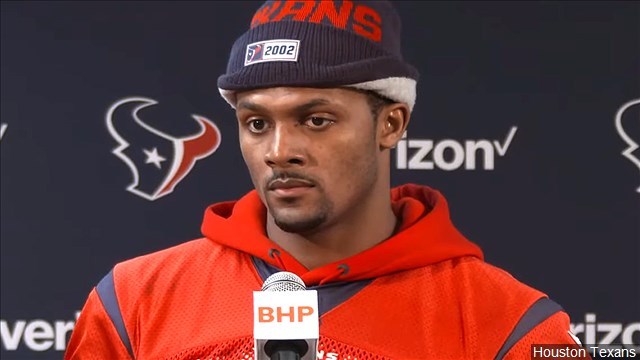 NEW YORK, NY. (AP) – A person familiar with the situation  tells The Associated Press that Deshaun Watson has reached a settlement with the NFL and will serve an 11-game suspension and pay a $5 million fine rather than risk missing his first season as quarterback of the Cleveland Browns.

Watson was accused of sexual misconduct by two dozen women while he played for the Houston Texans.

The person spoke to the AP on condition of anonymity Thursday in disclosing the settlement between Watson and the league, which had sought to ban him for at least one year for violating its personal conduct policy.

As part of the settlement, Watson may return for the Browns’ game on Dec. 4 in Houston.