SO MUCH TO SEE: Roosevelt Elk In The Northwest 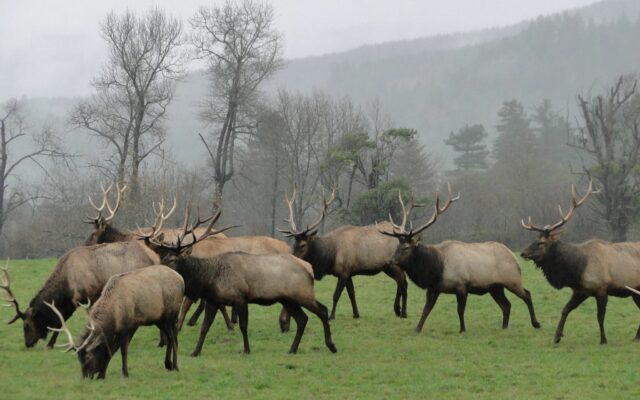 The Roosevelt Elk, named for Theodore Roosevelt, is the largest of the four remaining North American elk subspecies.  They live in and around US 97 in Oregon, the Pacific Crest Trail in Washington state and the Redwood National Forest of Northern California.  They also range all the way into southern British Columbia.   Males average 875 pounds, but bulls weighing nearly 1300 pounds have been found in Alaska.  Females average 700 pounds. They have the largest antlers of all elk species, reaching lengths of up to four feet with a distinctive three-point tip, or crown and the end.

They’re migratory, spending the summer in the mountains and move to lower elevations in the winter.  They can live up to 21 years old.

There’s some good news for the iconic animals in Oregon.  What was a 447-acre private inholding is now in the public’s hands in northwest Oregon. The Rocky Mountain Elk Foundation collaborated with a private landowner to buy the property to the surrounding Siuslaw National Forest for management and recreational use.  It’s in the Hebo Ranger District, about 85 miles south and west of Portland.

Elk are pretty picky about what they eat, and many of the plants that thrive here in the Northwest are the equivalent of cardboard for the big animals.   Another problem is a hoof disease that they pick up by walking where livestock walk.   It can weaken their hooves and cause lameness and death. 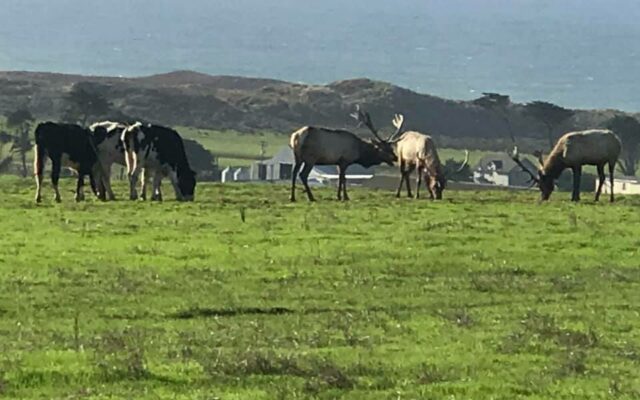 In addition to elk habitat, the property is home to the headwaters of Three Rivers and the Nestucca River system, providing cold water for fish born in freshwater but spend the majority of their lives in saltwater of the nearby Pacific Ocean. The riparian habitat and meadows are among the scarcest of habitats, comprising less than one percent of the Coast Range.