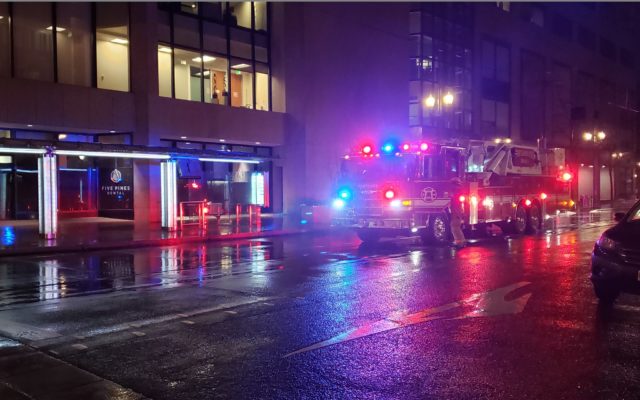 Portland, Ore. — a small fire reported this morning at one of Portland’s most famous downtown high-rise buildings turns out to be Arson.  911 calls came in around 3:45am and a lot of firefighters responded to the U.S. Bancorp tower near Southwest 5th and West Burnside. We heard someone saw smoke coming from a 7th floor window. Portland fire and rescue tells us it was a smaller fire in a garbage can, in a stairwell. Investigators say they could tell the fire was intentionally set.  Surveillance video could play a part in finding the person who set the fire.