Six Fatal Crashes In Oregon Since The Weekend 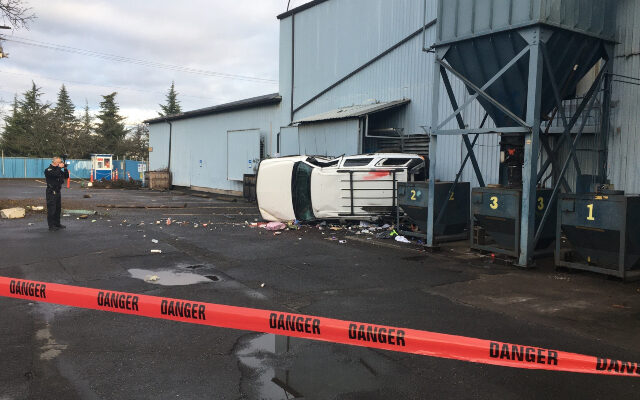 PORTLAND, Ore. — Between early Saturday morning and Monday afternoon, there were six fatal crashes across Oregon.  Four were in Portland including two pedestrians, making nine for the year.

A driver crashed into a tree on North Columbia Blvd. near Portsmouth around 1:00pm on Monday afternoon.  She was identified on Wednesday as 35-year-old Kenna Butchek of Portland.

40-year-old Douglas Rosling II rolled his vehicle and crashed at a warehouse on Northwest Yeon near Suffolk Street just after 7:00 on Sunday morning.

A man and woman on foot were hit by cars on Saturday.  Just before 1:00am, 34 year-old Joshua Stanley was struck as he likely tried to cross Southeast McLoughlin Blvd. south of the Ross Island Bridge.

60-year-old Karen McClure was hit at Southeast 136th and Stark around 7:00 on Saturday night.  The driver took off and is still wanted.

There were two more fatalities outside the metro on Sunday night.  Robert and Linda Leach of Albany, both in their 70’s, died on Highway 22W in Polk County when they crossed into oncoming traffic just after 5:00pm.

About three hours later, 20-year-old Ruben Vasquez died when the vehicle he was riding in was hit on Highway 101 in Lincoln County.  Three others were injured.  33-year-old Johnny Widerman was arrested on charges including manslaughter, assault, and DUII for controlled substances.