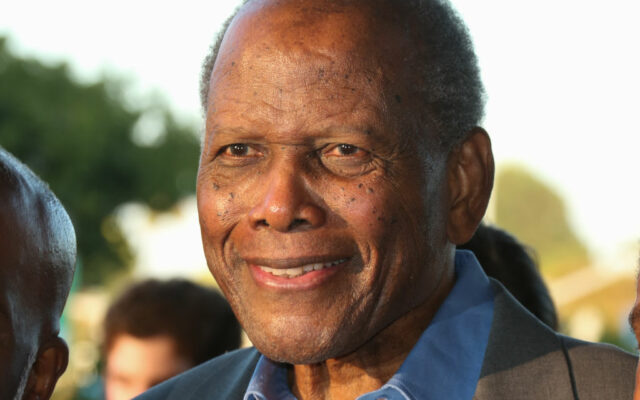 SANTA MONICA, CA - JULY 20: Actor Sidney Poitier attends the opening night of "Born For This" at The Broad Stage on July 20, 2017 in Santa Monica, California. (Photo by Paul Archuleta/FilmMagic)

Legendary actor Sidney Poitier has died. His career included classic films, “Guess Who’s Coming To Dinner”, “To Sir, with Love”, and “In The Heat of the Night”.

He was the first black actor to win the Academy Award for acting in 1963’s “Lilies of the Field”.

In the 1970’s Poitier moved to Directing.  Between 1995 and 2003 he served as a member of the board of directors of The Walt Disney Company.

Over his lifetime he received multiple awards and honors. He was made an honorary night in 1974, and was presented with the Presidential Medial of Freedom in 2009. Just last year Arizona State University named it’s film school after the actor.