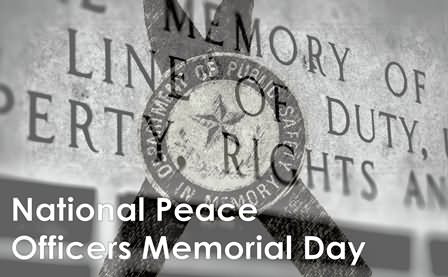 Flags in Oregon will fly at half-staff from sunrise to sunset, Saturday, May 15 in recognition of Peace Officers Memorial Day. This is a day set aside every year during National Police Week (May 9-15, 2021) to honor those who lost their lives in the line of duty for the safety and protection of others.

Two officers from Oregon have died this year, and they are being recognized as part of Peace Officer’s Memorial Day.

Douglas County Deputy Sheriff Allen Burdic was shot and killed in a bar parking lot in 1980 in Myrtle Creek. He had to take a medical retirement and died this past March from complications from those wounds. The man who shot him was sentenced to 40 years in prison.

Oregon State Police Sgt John Burright was hit by a car on I-5 in Albany in 2001, but died from complications from those injuries this month. Burright had been helping a family who’s vehicle had broken down and was with two other officers when a truck smashed into a patrol car and it hit all three officers. The driver had fallen asleep at the wheel. He pleaded guilty to reduced charges and spent two days in jail and three years on probation. In 2016 a street in Salem was named in Sergeant Burright’s honor.

According to Officer Down Memorial Page, across the nation, 125 officers have died this year…..the number one cause of death : COVID 19, 23 from gunfire.