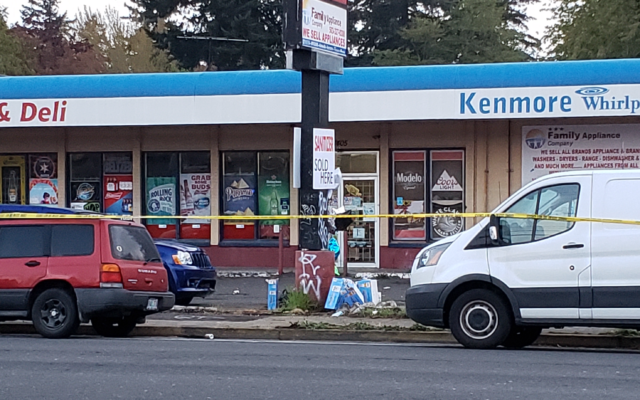 GRESHAM, Ore. — Seven people were taken to the hospital with gunshot wounds at a candlelight vigil at Southeast 174th and Stark Street in Gresham on Monday night.

The vigil was being held for Alejandra Barajas who was shot and killed at that location on Sunday.  Gresham Police detectives arrested Omar Gondor on Monday morning connected to Barajas’ murder.

Police say two groups started shooting at each other during Monday’s vigil.  An SUV was last seen traveling westbound on Stark.  The suspects are currently at large.

The victims are expected to survive.

Anyone with information about the shooting is encouraged to contact Gresham Police.