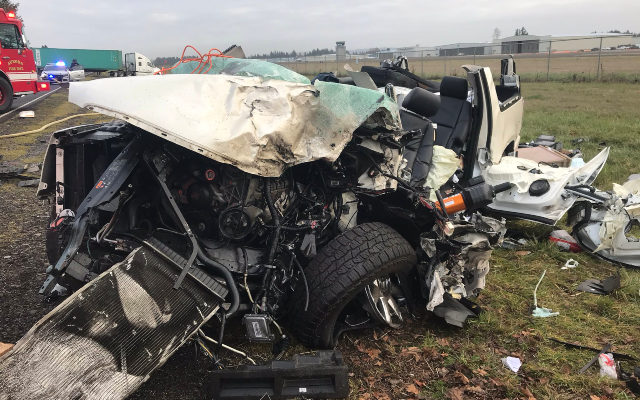 AURORA, Ore. — Two people were injured when a semi truck and SUV collided on Highway 551 south of Interstate 5 in Aurora on Monday morning.  The crash was reported near Keil Road NE around 7:15am.

The driver of the SUV was trapped in the wreckage.  Firefighters worked for more than a half hour to free them.  They were transported to the hospital by Life Flight with critical injuries.

The dump truck driver was able to get out of the vehicle and was treated for non life-threatening injuries.

Oregon State Police are investigating what caused the crash.