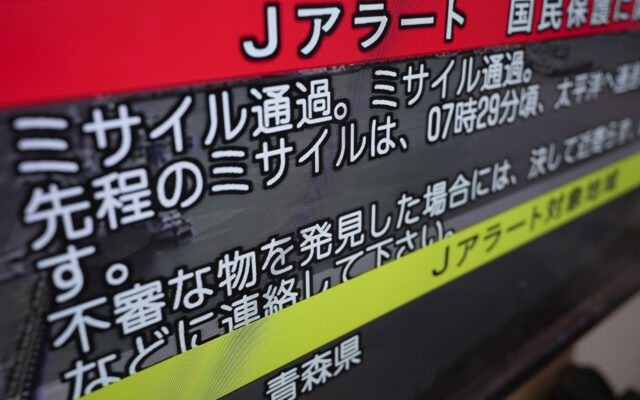 The Japanese prime minister’s office said at least one missile fired from North Korea flew over Japan and was believed to have landed into the Pacific Ocean.

It said authorities have issued an alert to residents in northeastern regions to evacuate buildings.

South Korea’s Joint Chiefs of Staff said it also detected the launch of a ballistic missile that was fired toward the North’s eastern waters.