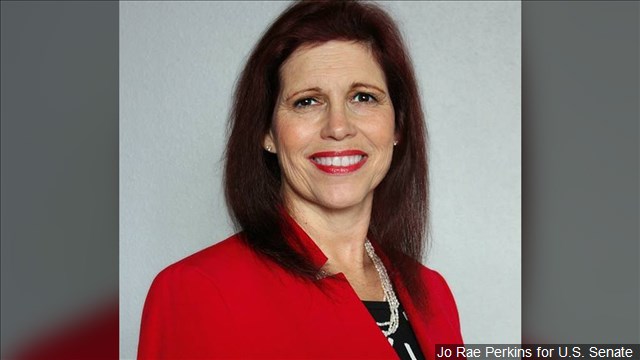 PORTLAND, Ore. — Jo Rae Perkins took 49% of the vote last week to become Oregon’s Republican Senate nominee.  But it’s her statements online in support of ‘QAnon’ that people are talking about.

Perkins posted a video on her Twitter account on election day that has since been deleted.  It made several references to the conspiracy theory and said she stood with “Q” while holding up a QAnon sticker.

The Oregonian/OregonLive reviewed Perkins’ social media history over the past two years showing she regularly expresses support for the conspiracy theory.  She has also appeared on prominent QAnon web shows.

Her campaign manager says Perkins does not believe in all facets of the QAnon theory and that her belief centers around her concern about the “surveillance state”.

“She certainly does not believe in the child sex trafficking ring or whatever that nonsense is.  That’s just crazy.  As far as the deep state, well, it exists,” said Larry McDonald.

Most of Perkins’ endorsers are standing behind her.  She has been endorsed by the Oregon Right to Life PAC, Rep. Mike Nearman of Independence and at least two other Republican nominees.  Jack Esp, the Republican nominee for the Oregon House of Representatives 21st District in Marion County is listed as an endorser on Perkins’ website.  The Republican Party in Perkins’ home of Linn County says they support her campaign.