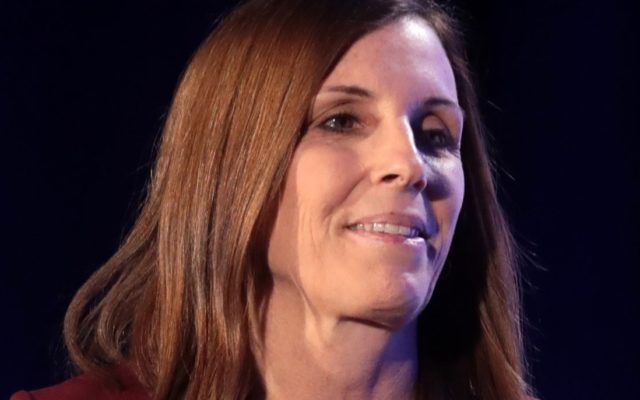 Senator Martha McSally (R-AZ) made headlines for lashing out at a CNN reporter this week.

On Thursday, U.S. Senators took their oaths to be impartial jurors in the upcoming impeachment trial.  It didn’t take long for impartiality to give way to partisan anger, at least for Sen. McSally.

CNN reporter Manu Raju caught McSally in the hallway and asked her whether new evidence should be considered in the upcoming impeachment trial.

Raju shared what happened on Twitter.  You’ll see the exchange in question right at the beginning of the video.

Q: Senator McSally, should the Senate consider new evidence as part of the impeachment trial?

McSally: You’re a liberal hack I’m not talking to you

Manu- You’re not going to comment about this?
McSally: You’re a liberal hack. pic.twitter.com/IW5pCfZ6Oa

Perdue says that was the responsibility of the U.S. House.

As for McSally, she proudly re-tweeted video of the exchange with Raju.  The video went viral and McSally took a lot of heat for sharing it so brazenly on her own page.

She had plenty of supporters in the comments as well.

Of course, this impeachment fight has been intensely partisan all along, including the way Democrats conducted their inquiry in the House Intelligence and Judiciary Committees.

And in pure partisan fashion, Senate Republicans are largely expected to acquit President Trump on charges of Abuse of Power and Obstruction of Congress.

Majority Leader Mitch McConnell has already said he has no intention of being an impartial juror during the impeachment trial.

For my own part, as I observe and report these developments, I must say, all of this partisanship in Congress is concerning.  It wasn’t always this way.