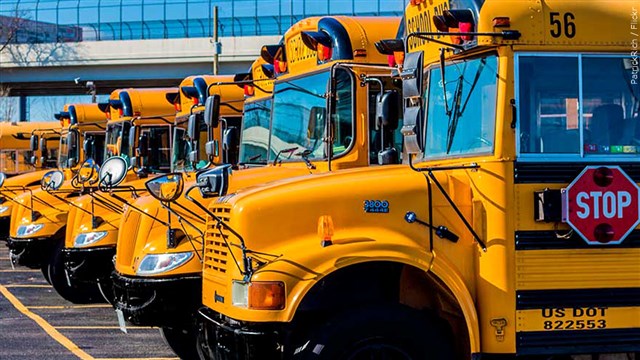 SEATTLE (AP) – Authorities say a man who stole a 33,000-pound unoccupied school bus, rammed into other vehicles, then led Seattle Police on a pursuit has been arrested.

Several minor were injuries were reported.

Police said they were notified shortly before 8 a.m. that a man had stolen an empty bus in south Seattle.

The man swerved across traffic, ran red lights and appeared to “purposefully ram other vehicles.”

The man – who police said is believed to be a bus service employee who is not authorized to drive buses – ran from the stolen bus but was soon caught and taken into custody.