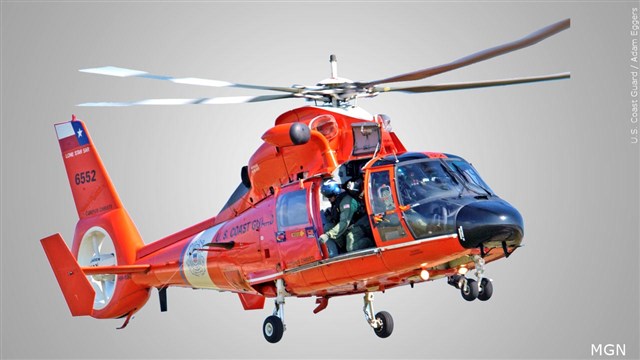 NORTH BEND, Ore. (AP) — A woman has died and officials have suspended a search for a man who is missing after a fishing vessel sank in the Pacific Ocean about 35 miles off the coast of Florence, Oregon, the U.S. Cost Guard said Sunday.

Mike Morgan, 68, the master of the fishing vessel White Swan III made a mayday call around midnight Friday, reporting his vessel was sinking in the northern section of the Heceta Bank fishing grounds, the Coast Guard said.

A Coast Guard lifeboat arrived shortly after the initial distress call and found a debris field.

The Coast Guard recovered an unresponsive female early Saturday morning. She was declared dead by local emergency crews. Officials later learned she was a crew member on the White Swan III. Her name has not been released.

The effort to locate Morgan was suspended at 12:30 a.m. Sunday after crews searched a 232-square-mile (600-square-kilometer) area by sea and air over a 24-hour period, the Coast Guard said.

“The decision to suspend an active search and rescue case is never easy, and it’s only made after careful consideration of myriad factors,” said Scott Giard, Coast Guard Search and Rescue program manager. “Our thoughts and condolences are with the families throughout this unimaginably challenging time.”