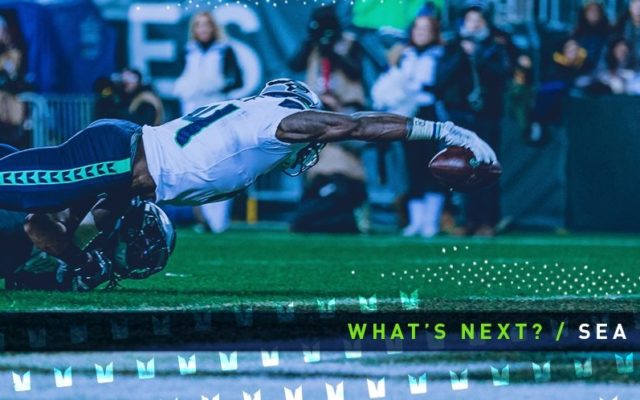 Philadelphia, PA. – The Seahawks have earned a date with the Green Bay Packers next Sunday in the next round of the NFL Playoffs. Seattle beat the Eagles last night in a Wildcard game. One of the stars was Defensive End Jadeaveon Clowny, who talked with NBC right after the game about how the Seahawks Defense came up with seven sacks. Many are still talking about the hit Clowny laid on Eagles Quarterback Carson Wentz early on that forced Wentz to leave for the rest of the game.

Beast Mode Marshawn Lynch, now back out of retirement and with his old team just in time for the playoffs scored a touchdown. Quarterback Russell Wilson says he’s looking forward to the challenge of facing the Packers back in Wisconsin, where he went to college. Wilson threw for 325 yards and a touchdown in the win. Seattle plays Green Bay next Sunday afternoon.

Another incredible day for @DangeRussWilson. 👏 pic.twitter.com/n0Pe8zyy2l