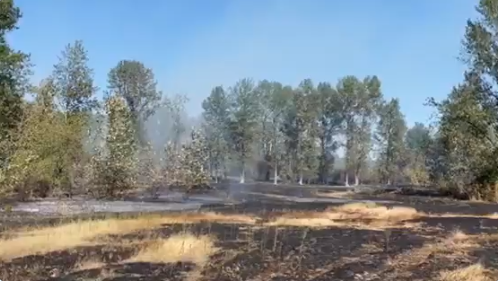 What we now call the Sauvie Island Bridge will get a new name.

Those who want to change the bridge’s name point to its history. Chinook Indians were the first to live on the island.  When European explorers arrived in the 1800s, they brought smallpox and other illnesses that killed many in the native population. The Hudson Bay Company sent a French Canadian, Laurent Sauvé to the island to start a dairy. It’s his name on the island and the bridge. Lukas “Red Spike Elk” Angus told Multnomah County Commissioners, “This island and this bridge are both named after a colonizer that did not respect the land or the people.”

The commissioners voted unanimously to approve renaming the bridge Thursday.  Multnomah County Chair Deborah Kafoury explained the decision, “Those who claim to win the war write the history books.”