Sad End To Cat Rescue On The St. Johns Bridge 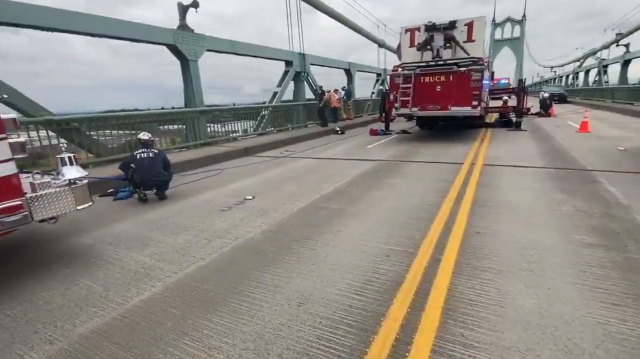 PORTLAND, Ore. — A cat got stuck in a precarious predicament on the St. Johns Bridge on Thursday morning.  The bridge was closed for nearly two hours as a citizen and firefighters tried to rescue the cat.

The cat was stuck on a ledge near the middle of the bridge.  A woman climbed down a ladder to try and reach it before firefighters were called around 6:30am.

Crews went over the side of the bridge using ropes to try and rescue the cat.  It jumped into the water and appeared to survive.  Boats tried to rescue the cat, but it did not make it.

We are sorry Portland. We don’t have good news about our kitten rescue. pic.twitter.com/XMPUQGy9bX