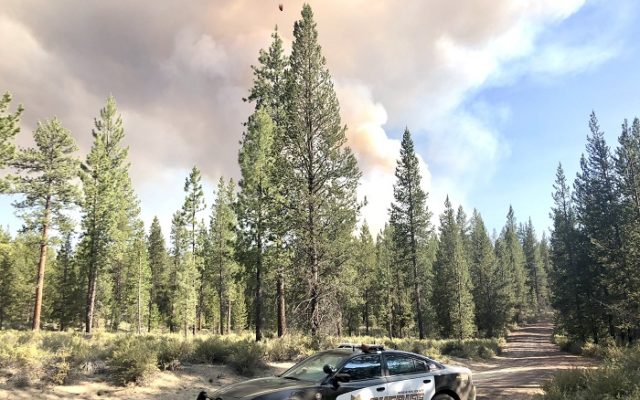 Deschutes county, Ore. – You need to avoid part of the Deschutes National Forest because of a wildfire that broke out over the weekend. The Rosland Road Fire has burned about 400 acres. It’s 20 miles south of Bend, near La Pine. About 150 people in the Newberry Estates were told to be ready to leave, but the wind has shifted the fire away from them. The Central Oregon Interagency Dispatch Center says in a statement about 75 firefighters are working to contain the fire. It started Saturday afternoon near Rosland Road. Crews are concerned about the hot and dry conditions. The Deschutes County Sheriff’s Office has tweeted videos and photos.