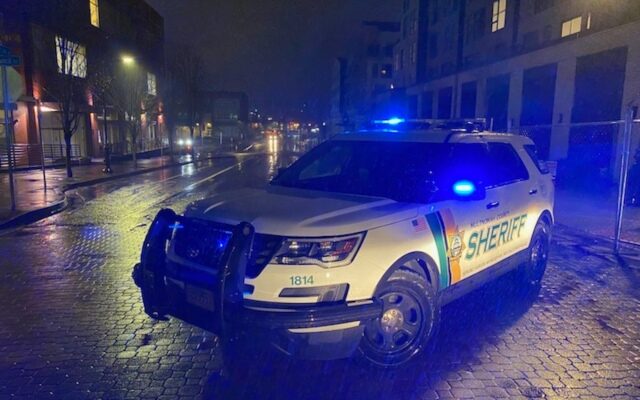 GRESHAM, Ore. — Police shot and killed a bank robbery suspect on Tuesday afternoon after they say he fired gunshots at Multnomah County Sheriff’s deputies and attempted to carjack a driver at gunpoint.

The suspect, identified as 24-year-old Roman Kokhanevych of Portland, was wanted for robbing the Key Bank on Burnside Road.  He was found driving in Troutdale and led police on a pursuit that ended in a business park near NW Civic Drive.

Kokhanevych is accused of opening the car door and firing several times at pursuing deputies, exiting the SUV to carjack a driver at gunpoint and ordering them to drive.  At that point, a Multnomah County Sheriff’s deputy and a Gresham Police officer shot the suspect before he could harm the victim.

An accomplice, 33-year-old Haley Hop, was arrested and charged with Robbery in the First and Second Degree.

The East County Major Crime Team is asking witnesses to contact detectives at (503) 988-0560.  There could be other victims involved in traffic crashes during the chase that have not come forward.