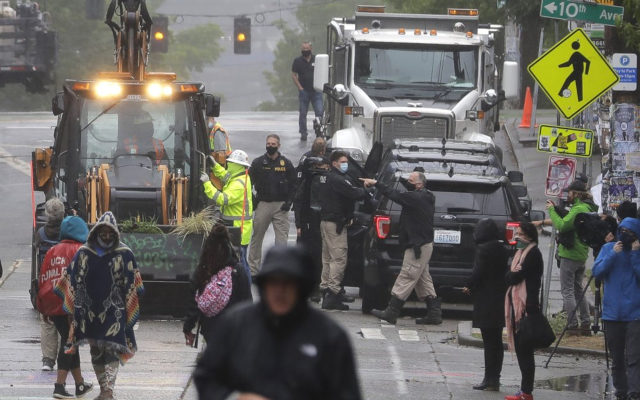 One officer slammed a protester’s head to the ground twice.

Another punched a demonstrator a half dozen times.

A third officer put his knee on the necks of two looting suspects.

The Seattle police chief has not yet made decisions about whether to discipline the officers.

The Office of Police Accountability continues to investigation the 19,000 complaints it has received since protests began in May.

The office has completed about a dozen cases, with sustained findings in about half of them.