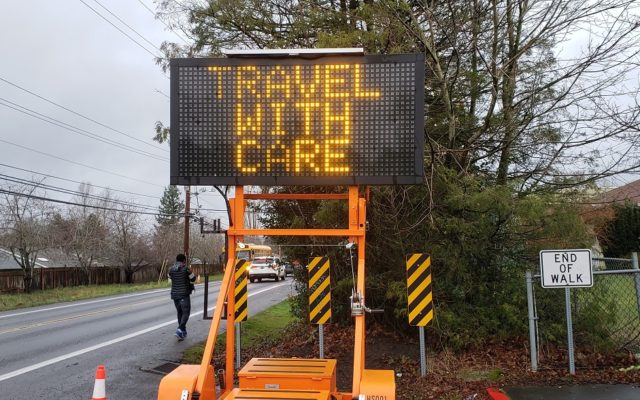 Portland, Ore. – A new record number of us apparently will not be driving over the river and through the woods for turkey day. We are expecting to see at least a ten percent drop in travel volume. Marie Dodds with Triple A Oregon says that would be the lowest for the holiday since the great recession in 2008, and it could actually be even lower than that, because of all the recent travel advisories and warnings from officials over covid-19.  Even though the overall volume of road traffic will be down, most of us who are traveling will be driving. Locally, gas prices are also at their lowest for the holiday in four years.

Read more from Triple A Oregon:

Retail gas prices are showing little movement as we head into the Thanksgiving holiday weekend. For the week, the national average for regular slips a penny to $2.11 a gallon. The Oregon average remains at $2.59.

Find details and graphics in the news release.

AAA projected a 10% drop in Thanksgiving travel this year, with 50 million Americans including 742,000 heading over the river and through the woods this year. But actual turnout is expected to be even lower. Many Oregonians who had plans to travel are reconsidering, as COVID-19 cases spike in Oregon and most other states, and health and government officials recommend that staying home and limiting social interactions is the best way to stay safe. Find details in the AAA Thanksgiving travel news release.