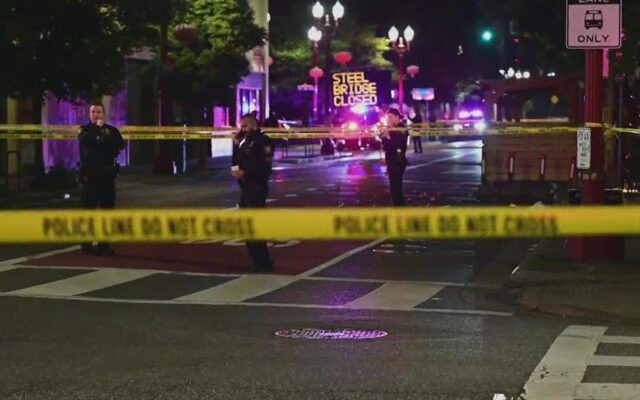 PORTLAND, Ore. — The number of shootings in Portland is troubling to say the least.  This past weekend, the city passed the 1,000 mark.

I’m happy to work with our partners addressing this terrible problem and do our part. The Enhanced Community Safety Team is working hard to investigate these cases, and I call on the community to share information with them so we can arrest those committing gun crimes. 2/4

Chief Lovell added that FIT, the Focused Intervention Team, is still being formed.  He’s hopeful their expertise at deescalation will make a difference.

He says the team “has a goal to deescalate and lower the tensions in the community that are feeding the contagious gun violence crisis.”

The Chief expressed his deep appreciation for everyone in the police bureau responding to shootings and comforting victims.

“Thank you to our officers, sergeants, criminalists, and detectives who have responded to every one of these shootings, performing trauma first aid and gathering critical evidence”.  He acknowledged these situations affect them too.