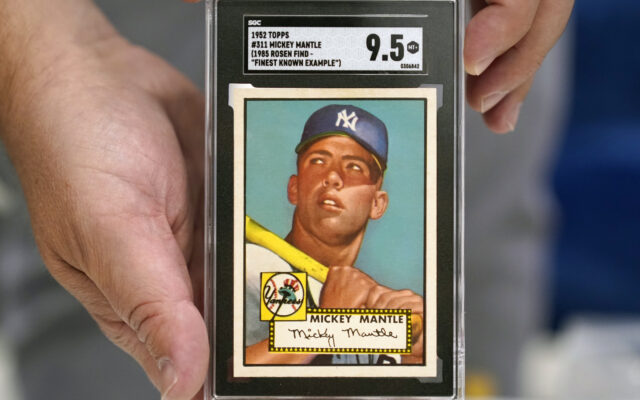 Chris Ivy displays a Mickey Mantle baseball card at Heritage Auctions in Dallas, Thursday, July 21, 2022. The mint-condition Mantle card is expected to sell well into the millions when bidding ends at the end of the month. (AP Photo/LM Otero)

The auction house estimates it could exceed $10 million.

The card’s current owner is a New Jersey waste management entrepreneur who bought the rare card for $50,000 in 1991 at a New York City card show.

Pre-bidding has started and the auction ends Aug. 27.

The record for a baseball card is $6.6 million, which was for a 1909 Honus Wagner card that was sold at auction a year ago.