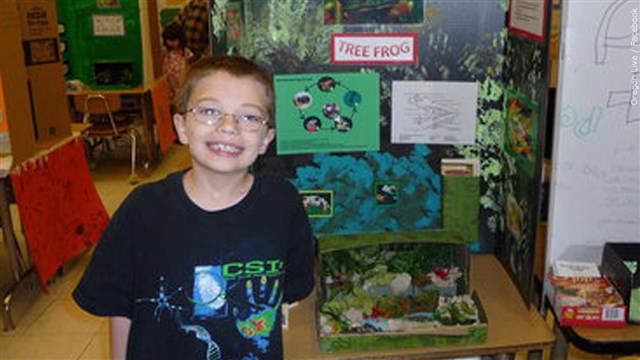 PORTLAND, Ore–Kyron Horman has been missing for 12 years. He was last seen after a science fair at Skyline Elementary School on June 4, 2010.  Terry Horman, his stepmother was the last person to see him alive.

Desiree young, Kyron’s mother has planned a rally for Saturday outside the office of Multnomah County District Attorney Mike Schmidt.  She has tried to get an in person meeting with him for months and has not succeeded.  She wants the DA to take action. 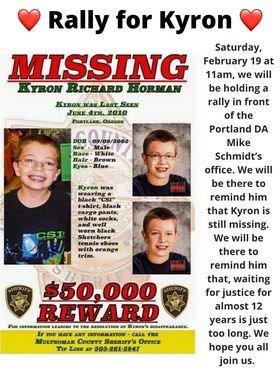 In a statement DA Schmidt says, “My heart goes out to Kyron’s family and the dedicated and compassionate community they have built around his disappearance.  To date this case remains open and we remain dedicated to investigating new facts and evidence should either surface. ”

Desiree Young would like the DA to organize  task force in the case which could help review evidence and to witnesses again and create a strategy for moving forward with a “No Body Case.”  Prosecution would be the ultimate goal.  No charges have ever been filed in the case even though there’s been continued focus by investigators on Terry Horman, Kyron’s stepmother.