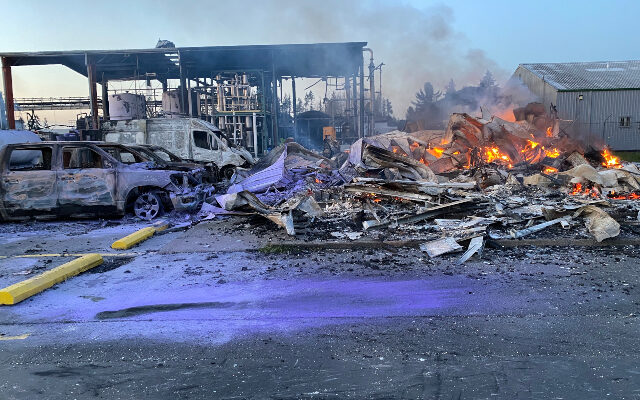 CORNELIUS, Ore. — Residents around an ethanol fuel storage facility in Cornelius were evacuated on Tuesday by a fire and explosions.  A fuel tank at Thunderbolt Racing Fuel, also known as Summit Foods, on North 4th Avenue caught fire around 1:30pm.

Authorities went door-to-door evacuating people from 80 homes and businesses in the area including the Walmart store.  They were able to return to their homes after 7:00pm, more than five and a half hours later.  Firefighters pulled back at one point due to safety reasons.

First video from inside the N 4th Ave incident. Purple material on the ground is the extinguishing agent used to put out the fire by PDX Airport Fire Crews. pic.twitter.com/5bioa3whYP

The fire destroyed three other structures on the property, several vehicles and delivery trucks. 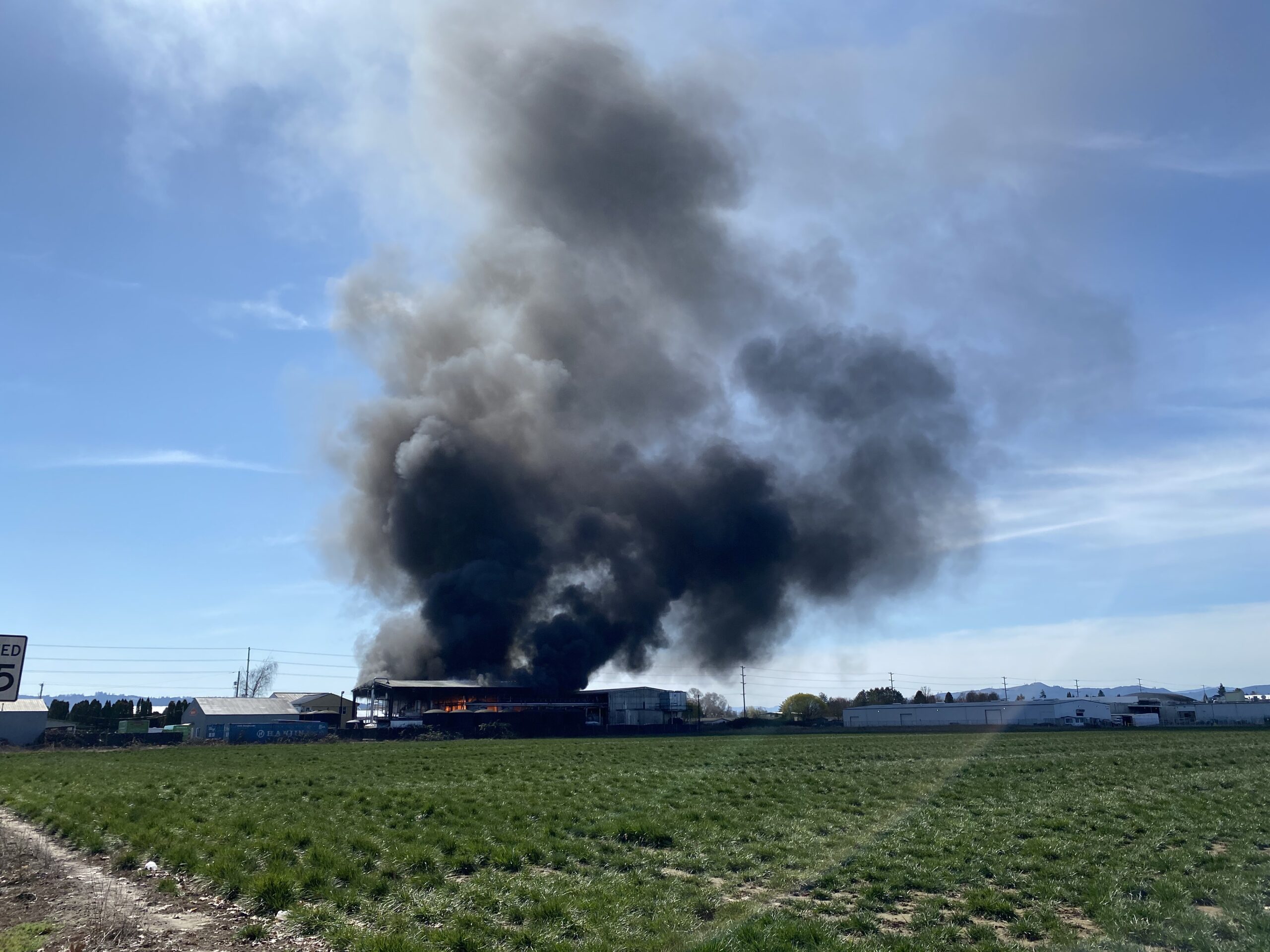 Investigators say the fire was likely started by static.  Employees were mixing super unleaded gasoline with ethanol using an air compressor to feed the gas through a hose into a metal drum.  They first felt intense heat and discovered fire coming out of the ports.  An employee tried to put out the flames with an extinguisher, but it had already grown out of control.

Thankfully, there were no injuries.