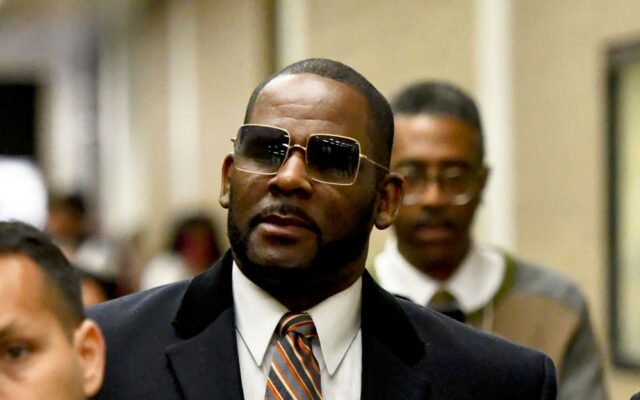 Musician R. Kelly, center, leaves the Daley Center after a hearing in his child support case on May 8, 2019, in Chicago. (AP Photo/Matt Marton, File)

CHICAGO (AP) — A federal jury on Wednesday convicted R. Kelly of several child pornography charges in his hometown of Chicago, delivering another legal blow to a singer who used to be one of the biggest R&B stars in the world.

The decision comes after a federal judge in New York sentenced Kelly to 30 years in prison in June for racketeering and sex trafficking. Based on that sentence, he won’t be eligible for release until he is around 80.

The Chicago trial was, in many ways, a do-over of Kelly’s 2008 child pornography trial, with a key video critical to both.

The legal challenges for Kelly — who rose from poverty on Chicago’s South Side to become a Grammy-winning superstar — are not yet over. Two further trials are pending; one in Minnesota and another in state court in Chicago.

Kelly, who is known for his smash hit “I Believe I Can Fly” and for sex-infused songs such as “Bump n’ Grind,” sold millions of albums even after abuse allegations began circulating in the 1990s. Widespread outrage emerged after the #MeToo reckoning and the 2019 docuseries “Surviving R. Kelly.”