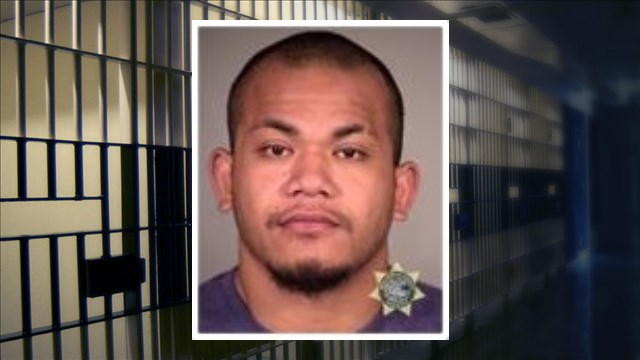 PORTLAND, Ore. (AP) — A member of the far-right Proud Boys has been sentenced to six months in jail after authorities say he violated probation by attending a protest in Portland.

Tusitala “Tiny” Toese was sentenced Tuesday to six months in jail, according to the Multnomah County District Attorney’s Office. The 24-year-old was spotted walking among demonstrators in Portland on Aug. 22, The Oregonian/OregonLive reported.

Toese, of Vancouver, Washington, had pleaded guilty to an assault charge in January that stemmed from a 2018 beating in Portland. Circuit Judge Kathleen Dailey prohibited Toese from attending Portland protests for two years in that case and ordered him to pay $1,800 to Timothy Ledwith, the man he and an associate attacked.

At the time, Toese claimed he was done with politics and protests.

Dailey on Tuesday found Toese had willfully violated multiple conditions of his probation.

Toese, who jail records say is 6-foot-5 and over 300 pounds, gained notoriety as a member of the Proud Boys as well as Patriot Prayer, another right-wing group. Toese was also close with Patriot Prayer leader Joey Gibson until the duo had a falling out.