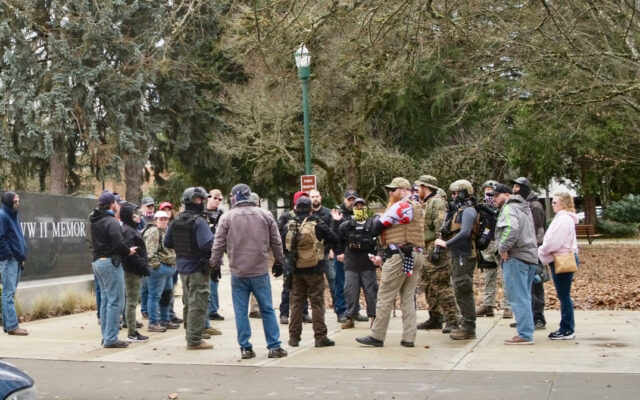 A group of protesters were returning to the State Capitol from their march to Mahonia Hall, Gov. Kate Brown’s residence, at about 4 p.m., they encountered a group of opposing protesters who had been attending a separate Fascist Free 503 rally at Bush’s Pasture Park.

People at both protests carried assault rifles. Police presence was heavy around the two groups throughout the day, with frequent patrols by Salem Police around the event at Bush Park.