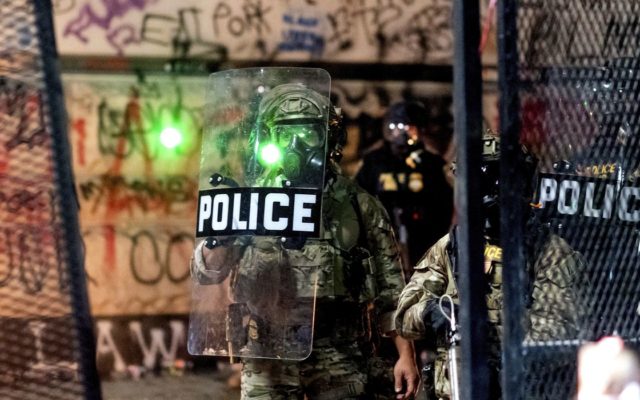 Two people have been charged by criminal complaint with civil disorder, a felony, after targeting the eyes of multiple law enforcement officers with a high-powered lasers.

Hugo Berteau-Pave of Portland allegedly committed the crime on June 13th in Portland .

And Eva Warner, aka Joshua Warner of Beaverton on August 8th at a riot in North Portland.

Both suspects appeared in federal court today and were released pending further court proceedings. If convicted, they both face a maximum sentence of five years in federal prison.

This case was investigated by the FBI.