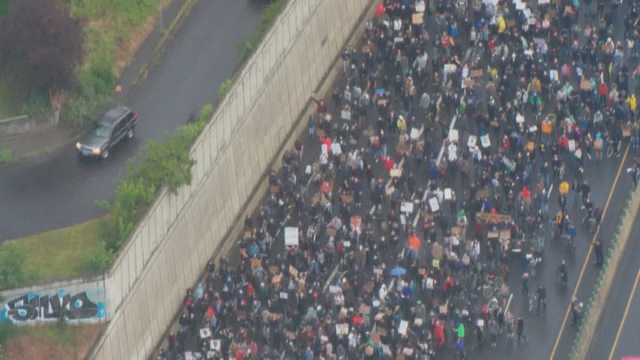 PORTLAND, Ore. — Traffic came to a half on Interstate 84 in both directions on Monday night as protesters blocked the lanes for more than a half hour.  Demonstrators gathered at Revolution Hall in Southeast Portland and outside the Justice Center in downtown Portland.  Thousands marched through the streets onto the freeway.

There was an altercation between at least one driver and the marchers, which police are investigating.

They exited at 33rd Avenue and headed through the Alberta Arts District to Northeast 15th and Alberta.  The crowd peacefully assembled and spoke for several hours before matching back to Revolution Hall.

Meanwhile, a second group gathered at the fence line at Southwest 3rd and Main outside the Multnomah County Justice Center for several hours.  Several demonstrators threw projectiles and shook the fence.  Police found several places where holes large enough for a person to fit through had been cut into the fence.  It look little action from police for the crowd to disperse around 1:00am.

Two men were seen carrying AR-15 style rifles near Southwest 5th and Salmon.  Both firearms were seized and one of the suspects was arrested. 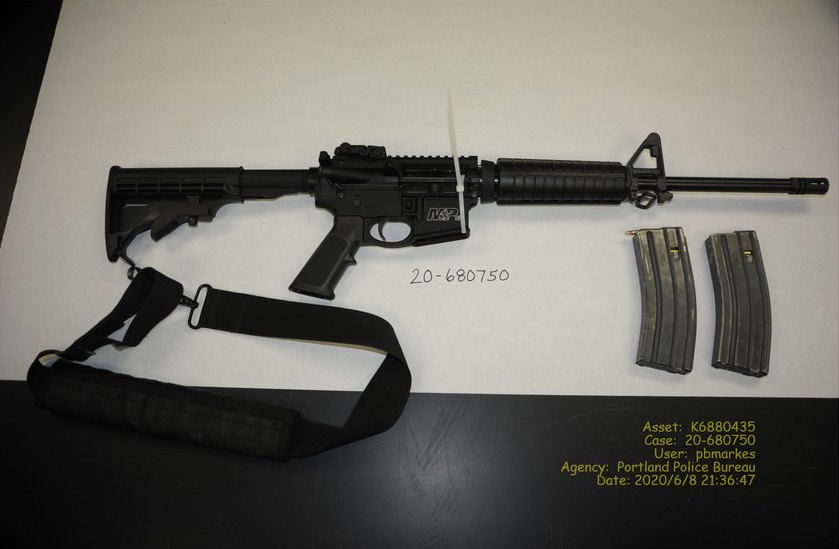 The second arrest was that of a man who threw multiple projectiles at officers near the Justice Center.