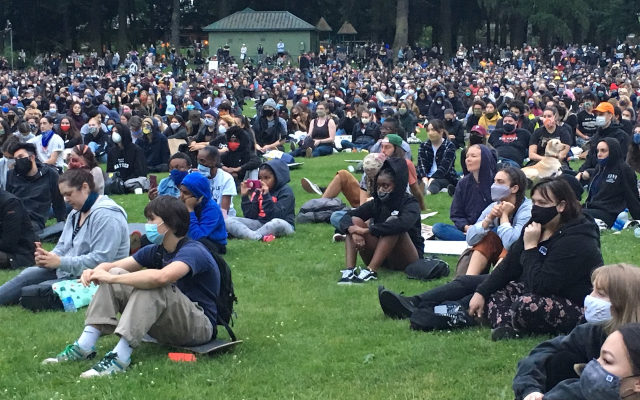 Hester leads Mothers United for Black Lives Matter and is a regular presence at Portland protests against anti-Black racism and police violence.  She was arrested at last nights protest.

Organizers promoted tonight’s march that is to gather at Alberta Park around 8pm and is scheduled to start moving around 9pm.