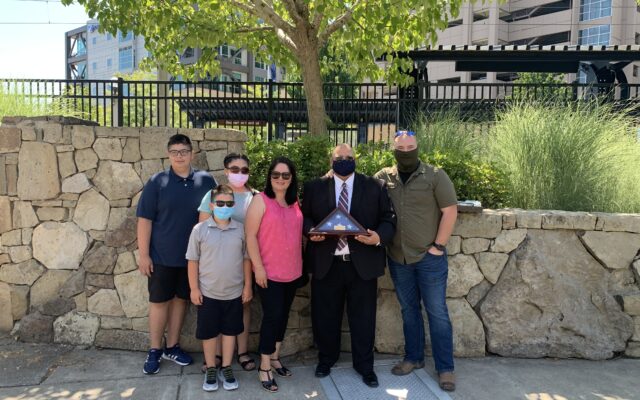 Rick Puente is the director and Chief of Police at the Beaverton School District. Every day he has to protect 40 thousand students, staff and teachers. He is also a former police officer who was part of the tragedy in Woodburn in 2008 when a bomb went off in the Wells Fargo bank, killing Police Captain Tom Tennant. Puente was an officer called to the scene and found the captain’s body. Police Chief Scott Russell was also severely injured in the blast and required 29 surgeries, but was able to go back to work after receiving a prosthetic leg. 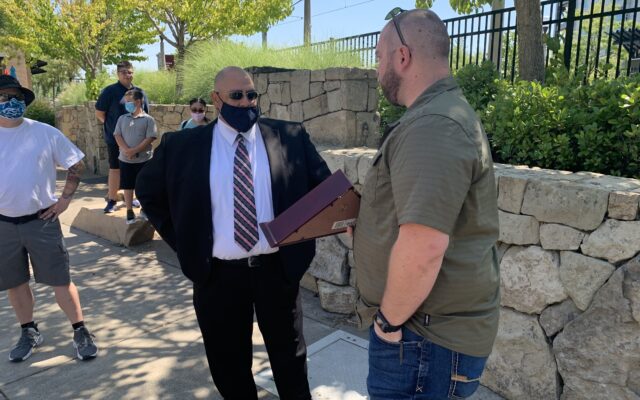 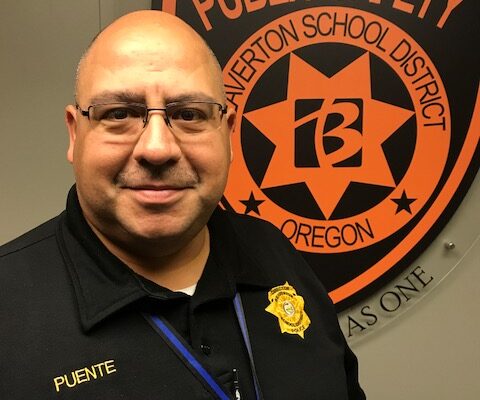 Puente has been nominated as the KXL Everyday Hero by Alan Painter, who says sometimes we are blessed to have certain people in our lives, and he considers Rick Puente one of those people.

Rick was given a special flag in summer 2020. Captain Tennant’s son Scott made the presentation.